BRA M: Who will be champion of Brazilian Super league?

The Brazilian super league remains one of the most exciting competitions in the World. Giba, Bruno, Murilo, Rodrigão, Sidao, Sergio are out of the fight for the title. 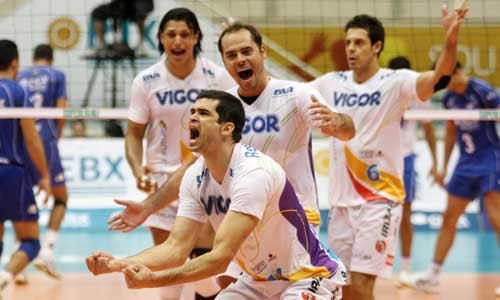 VIVO/Minas was playing at home – in Arena Vivo, in Belo Horizonte – but they didn’t avoid the bad result and the consequently elimination from Brazilian Men’s Superliga.

The 3rd and deciding game of the semifinal between RJX (Lucao and Dante) and Volei Futuro (Camejo and Ricardinho) will be played on April 13.

Last Sunday, Volei Futuro in Rio de Janeiro won with support of about 11,000 fans 3:1. MVP was Lorena, opposite from Volei Futuro.