Brazilian players – We want punishment for members of Federation!

The official statement released by the CBV (Brazilian Volleyball Confederation), in an attempt to calm the protests of the players - Murilo, Bruninho and Gustavo - regarding the failure to resolve corruption scandal from March, had no effect on Murilo. 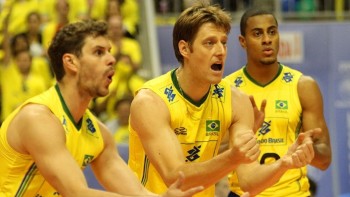 In the text, CBV says that journalists were called in August to follow an internal investigation made by a “reputable international company”, Price Waterhouse Coopers.

For one of the leading players of the national team Murilo, the president Walter Pitombo Laranjeiras “is hiding”, he does not want to talk about the allegations of corruption that devastated the CBV.

“After some statements, the CBV responds with the good old ‘note’ and continued without a concrete answer. I charge President’s attitude when he was about to speak at the meeting with the press where he was not present! This only reinforces my view that he is hiding not to talk about it! It is the subject which is extremely important for the volleyball community”.

Currently unable to enter the court due to shoulder surgery, Murilo then decided to alert other instances of Brazilian sports:

“You have to severely punish those who do not play by the rules and find themselves above the law, for the good of sport! After CBV’s response, we cannot wait any more for the ‘new management’ so the solution is to appeal to the Ministry of Sports to investigate the complaints”.

“I totally agree with the outburst of my friend Murilo! It is absurd that almost one year from all accusations of corruption has passed”, he wrote on Twitter an added, “In CBV nobody was punished! Nonsense! Even after the charges, it is still working without any problem”.

Although it ended with the agreements that Federal Government will do an investigation into the matter, the Ministry of Sports has not answered on the new request of Murilo.

BRA M: Cruzeiro can play even without...