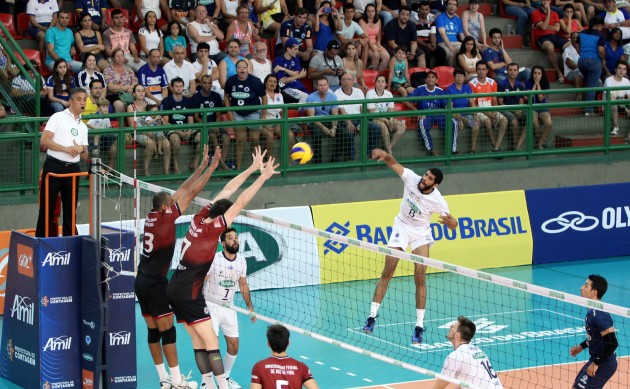 Leal was rested by the coach Marcelo Mendez’s decision after he felt a little pain in a thigh during Thursday’s match against the same opponent in Brazilian Cup.

The setter William proved to be fully recovered from a back pain and gave his share of contribution in fifth consecutive victory of the leader in the standings.

The game was played in extremely hot Riacho hall. The temperature inside and outside the gymnasium was 33 degrees!

Cruzeiro’s receiver Filipe was voted the best player on the court with 16 points.