BRA M: Rezende – We need to analyze why the opponents played better

The biggest losers of the recent World League Final Six, Brazil, quickly recovered from bad results. “It was a step backwards in our performance, but we also learned a great lesson”, said libero Sergio emphasizing that the world will see a completely different Brazil in London. 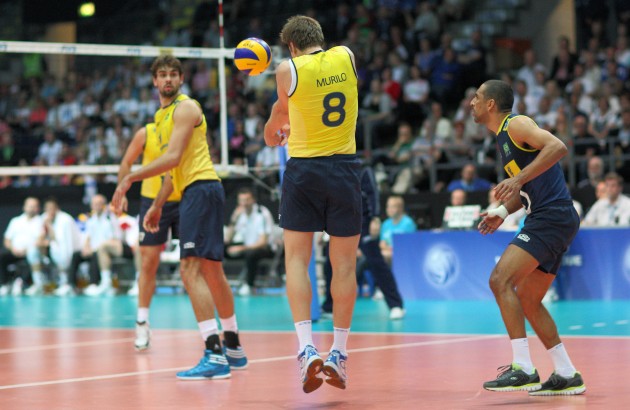 “We just need to regain the old joy of the game and improve few details. We are not upset by this sixth place in the World League, because the Olympic Games in London are the most significant tournament for us this year”, said Sergio.

Another Brazilian star, Murilo, had some thoughts on the World League result: “There is a lot to improve. Fortunately, it is already behind us. We had to forget about the poor performance in the World League and focus exclusively on our Olympic dreams, the most important goal for the season.”

The spiker Bruno added that in addition to improving technical and tactical details, the team needs to recover the old mentality. “Before, we were going out onto the court solely for the victory, but this time it was different”, he said about the attitude of the Brazilians to struggle in the World League. “We were a bit sluggish, with no fire in our hearts and the clear desire of victory. This we must change immediately.”

Brazilian coach, Bernardo Rezende decided that the problem is not the 6th place in the World League, but the fact that hard work and dedication in training didn’t pay off. ”Therefore, we have to analyze the attitude of those teams that played better than us and think about why that was”, he emphasized. Waiting for London, Bernardinho counts primarily on the wisdom of their most experienced players. “They have to lead the team in difficult moments, to bear the burden of the game, help the younger players and infuse confidence in them”.

GER M: Gunthor back to Friedrichshafen

Action to remember of Canoas’ players: One...