Jaqueline and Sheilla left the group of players with a maximum point, Tiffany came in. 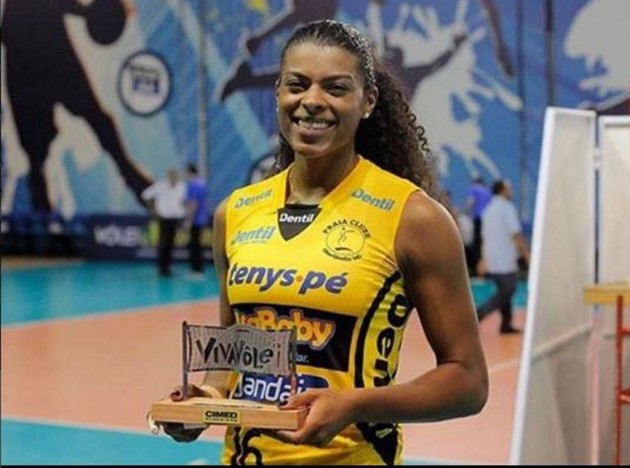 Representatives of the top 10 clubs in the women’s Superliga 2017/2018 and the Athletes Commission President, André Heller, met with leaders of the Brazilian Volleyball Confederation (CBV) in São Paulo.

Among the subjects discussed in the meeting, they defined about the ranking of the players. It was voted and defined by the maintenance of the ranking for athletes of seven points in the 2018/2019 season.

In the select group, there are eight players, without much change compared to the previous Superleague. Danielle Lins, Fabiana Claudino, Thaisa Menezes Pallesi, Fe Garay, Gabriela Braga Guimaraes, Natalia Zilio Pereira and Tandara Alves Caixeta are ranked with seven points. The changes are due to the exit of Jaqueline Carvalho Endres and Sheilla Castro, and the entrance of Tiffany Pereira Da Abreu.

In the next season, all clubs from Women’s Superliga can have at most two players who are worth seven points, in addition to a maximum of two foreigners.

*The official ranking was implemented in season 1992/1993, with the aim of generating a balance between the teams participating in the competition.

The rule on the ranking of the Superliga for men 2018/2019 will be announced after the meeting that will happen on March 20, also in São Paulo.

POL M: Konarski – “Heynen’s crazy about volleyball and lives it 24 hours a day”

The women’s and men’s ranking of the Brazilian Super League is ridiculous. In the end, the teams that win are the ones with the highest investment, regardless of ranking.

Re: @Juliana
You can`t have all the best players in 2 teams only. Thanks to the ranking the Superliga is stronger than ever, they have 4 really strong teams (Sesc,Osasco,Praia Clube,Minas). If no ranking, Osasco could have easily signed Fe Garay/Suellen/Fabiana. Sesc could sign Rosamaria,Gataz. Which means only Osasco and Sesc would be strong and Praia and Minas would be really weak.

How did Tiffany became a 7 point player? She has never played for the NT and this is her first time in the Superliga.