Cucine Lube Civitanova will be the second Italian club to compete in the Final Four of the 2018 CEV Men’s Volleyball Champions League. 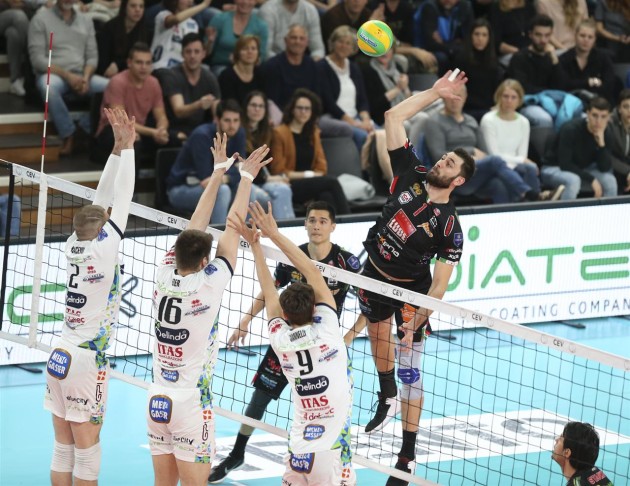 The question was – which team will be the second Italian team to play the Final Four of the 2018 CEV Champions League along with Sir Colussi Sicoma Perugia, Cucine Lube Civitanova or Diatec Trentino? And the answer is Lube!

So, Italian volleyball will have two representatives in the Final Four of the CEV Champions League for the third time in a row.

Osmany Juantorena and Jiří Kovář scored 13 points apiece for Lube. The first one played the first two sets, while the latter played the third, fourth, and fifth set.

The Canadian Nicholas Hoag, who played as a backup in the first two sets and was a starter in the last three sets, topped Trentino with 20 points, making 73% attack (16/22, 1 error, blocked once).

SLO W: Maribor one step from the title