Calcit Kamnik Ljubljana are the winners of this year’s edition of the Slovenian Men’s volleyball Cup, taking the trophy in the tournament for the third time.

Ljubljana were favorites in the finals for many reasons. They beat Calcit already four times this season not allowing rivals to take a single set in the last three encounters. Also, Calcit had many problems with injured and ill players recently. 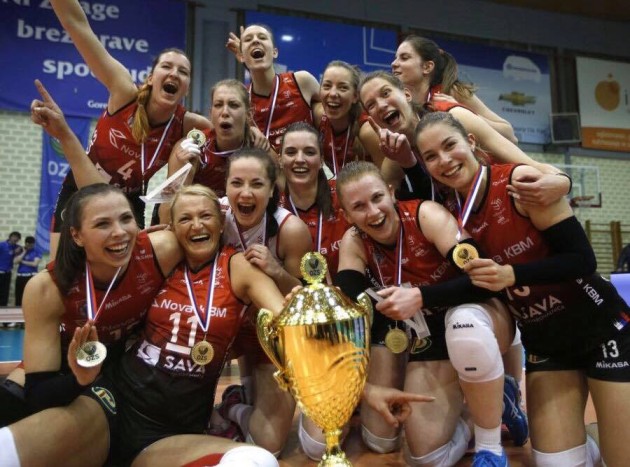 It was the 16th trophy for Branik in the tournament to which they were led by a 21-year-old opposite Iza Mlakar, who highlighted with 35 points! Serbian opposite Olivera Kostić collected 23 for Calcit.