Just like in any sports, Volleyball players compete for their national teams as an act of honor. But, of course, they expect a compensation fee for playing because it is guaranteed to them by the International Volleyball Federation (FIVB) who distributes money to national federations. Players will now have an extra motive to play in the FIVB World Cup... 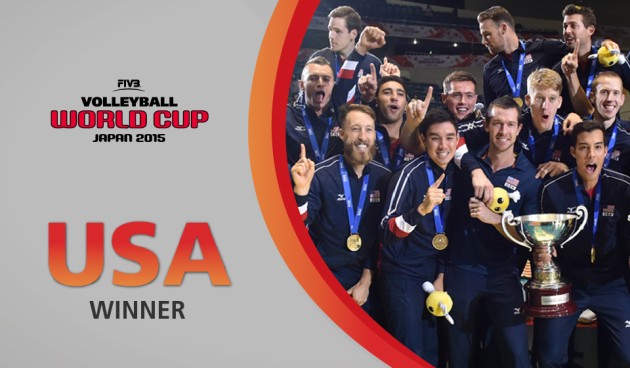 As Gian Luca Pasini informed in his blog, the organizer of the upcoming World Cup, both in male and female competition, and that is Japan, will offer generous prize money to players. The total prize money is the same as in the FIVB Nations League, 2,110,000 US Dollars, and will be equally divided between both genders. But unlike the VNL, it will be mostly divided among players and not among national federations.

The FIVB has decided that federation will get rewards only as reimbursement of expenses, while the majority of the money is left to the athletes. But, the money will be spread among players via federations. The distribution of the prize money will be made as follows:

The Women’s World Cup will be played on September 14-29, while the Men’s will be played on October 1-15. The top 12 teams according to the FIVB World Rankings from January 1, 2019 (the top two of each continental federation) have qualified for the tournament (except Japan who qualified as hosts and Poland who qualified as the 2018 world champion). The USA defend the male title, while China defend the female title.

RUS M: Sander misses out entire season due to injury