After beating the Netherlands at the end of the first phase of the 2019 FIVB Women’s Volleyball World Cup in Japan, the National Team of Serbia definitely got involved in the battle for medals. 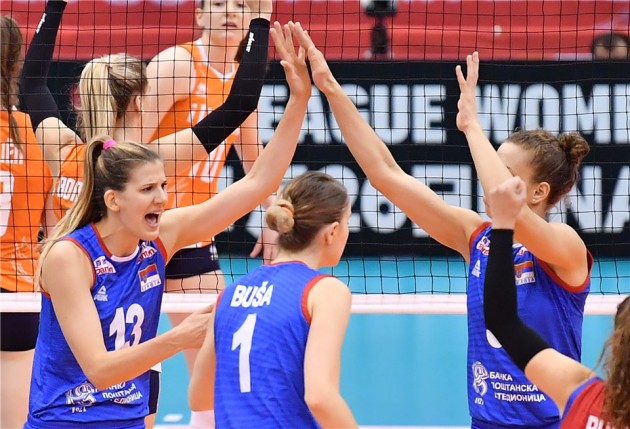 The world and European champions Serbia registered their third victory in five games at the World Cup. By making a massive turnaround, the weakened team from the Balkans (no Bošković, Ognjenović, Mihajlović…) beat the Netherlands by a 3-2, partially 18-25, 23-25, 25-19, 26-24 and 15- 9, in Hamamatsu.

These two sides are having a completely opposite direction in the tournament. The “Oranje” set off with three straight wins, followed by the two losses. As for Serbia, they suffered two defeats before making a three-game winning streak.

The two-time defending European champs were led by Ana Bjelica, who scored 35 points and became the first player in this year’s edition of a tournament to pass a 100-point milestone (118 points). Maja Aleksić had an attack success rate of 71.4% (10/14). Lonneke Slöetjes scored 20 points for the Netherlands but did it through a poor attack success rate of 36% (18/50). Yvon Beliën made 4 kill blocks. 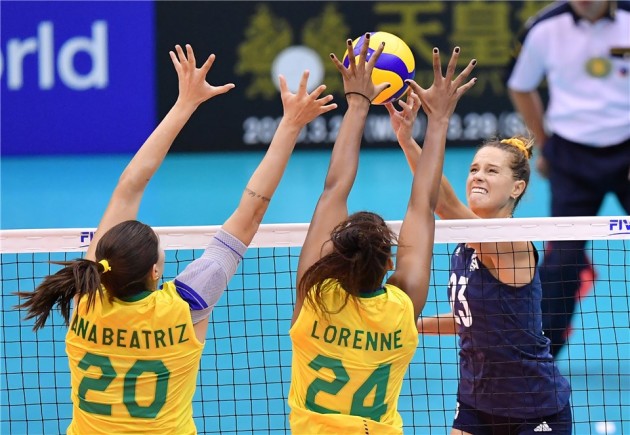 The USA dominated Brazil in Hamamatsu and swept big rivals in straight sets, partially 25-22, 25-18 and 25-19. Thus, the North American side improved to 5-0 and holds second place in the charts, sharing an unbeaten record with China. Brazil have fallen to sixth place and 3-2 overall.

The USA had as much as four players in double digits, which is rare when it comes to matches that end in three sets. Their top scorer was Kelsey Robinson with 15 points, while Chiaka Ogbogu added 4 kill blocks. Gabriela Guimarães “Gabi” and Drussyla Costa tallied 12 points apiece for Brazil.

China smashed Asian rivals Japan in front of 12,000 spectators at a sold-out Yokohama Arena: 3-0. Not only that they did not lose a single match so far, but the Olympic champions have not conceded a set in the tournament (15-0)! China grounded rivals with 14 kill blocks (Japan had only 2) and served 8 aces (compared to Japan’s one).

This time, Zhu Ting was not the most prolific player in the team coached by Lang Ping. It was Zhang Changning with 19 points (5 aces). Gong Xiangyu set up 6 kill blocks.

EUROVOLLEY 2019 M: Group stage has been finished – these are the 1/8 final pairs

Pools composition and schedule for 2021 Women’s...