VNL M: All eyes on red-hot Pool 20 in which top 3 sides face each other to seal Final 6 tickets

It's going to be a red-hot Week 5 in the 2018 FIVB Men’s Volleyball Nations League as only one ticket for the Final Six in Lille, France, is sealed – the automatic one that hosts have punched. 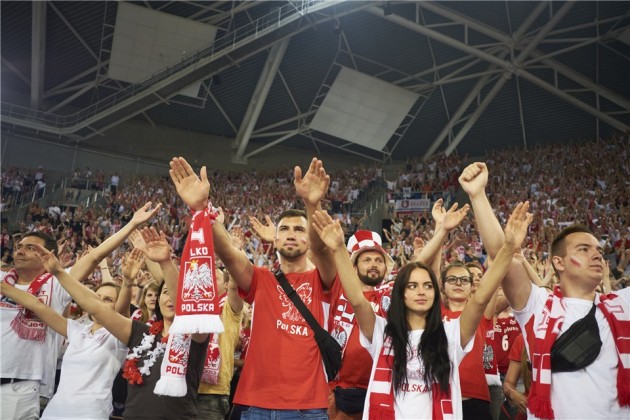 Despite the fact pool stage serves them only as preparation for the big thing, the Final Six, which they will host in Lille (July 4-8), France have taken previous four weeks of the tournament damn serious as they settled at the top of the standings with a 10-2 record and 30 points.

Two more teams came to a whisker from advancing to the Final Six, both playing head-to-head in Pool 20 in Modena, Italy, in the last week – No.2 USA (10-2, 29 points) and No.3 Russia (9-3, 28 points). Knowing that top-seed France and hosts Italy (No.7, 7-5, 21 points) are also placed in the same pool that’s exactly the pool whose matches will be kept under scrutiny this Friday, Saturday, and Sunday. The United States need one more point to secure a berth in the Final Six, while Russia need two more points to achieve the same. Italy fell behind to No.7 and heavily jeopardized their progress to the final tournament by suffering 5 defeats so far.

No.4 Brazil (8-4, 24 points) and No.5 Poland (8-4, 23 points) will have to work hard in Pool 17 in Melbourne, Australia, facing each other, „Volleyroos“, and Argentina. Both Brazil and Poland suffered three straight defeats in previous week which did not happen to them in 6 and 20 years, respectively.

Let’s not forget No.6 Serbia (8-4, 20 points) whose crucial game for advancing to the final tournament will be the one against Canada at Week 5 opening, in Pool 18, in Jiangmen, China.

Australia belong to the group of teams that still has theoretical chances to go to the Final Six but they are quite slim. Canada, Japan, Germany, and Bulgaria are also in this group.

Cristian Savani for WoV – “Volleyball is not just my job, it’s my life”