FRA M: Moreau – This is unexpected

Robert Tarr had a knee injury, so AS Cannes enlisted Marien Moreau until the end of the season. He spoke of his season in Puerto Rico, his future, Ligue AM playoffs, French national team... WorldofVolley brings you the latest volleyball news. 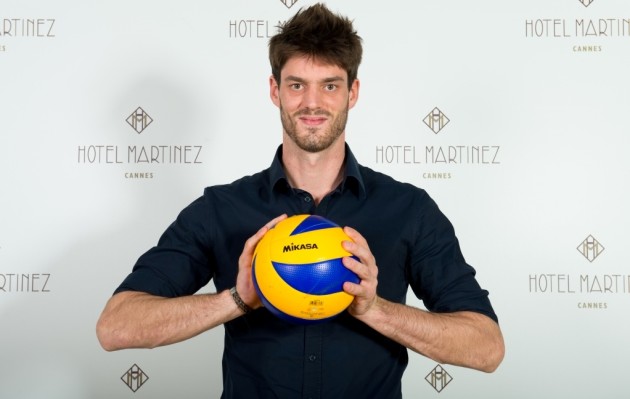 – Marien, have you missed the Championship of France?

– It’s true that it’s nice to finish the season in Cannes although initially, it was not the goal. I had a big season in Puerto Rico. We won the championship, everything went well. After that, I joined with Qatar (Al Arabi) for financial reasons completely. But there was a problem on my international paperwork transfer. I was not qualified for the first game and they called another player, and later could not afford both. So I stayed a little to try to salvage something from a legal point of view because I still had a contract. And since I have an apartment in Cannes, I returned to France. I trained with the guys and when Robert Tarr was injured, they offered me to be their joker. This is unexpected for me to arrive in France and be a part of one of the favorites in the playoffs, it’s great. There is something to do in the play-offs.

– Your future is here?

– I think until the end of the season, it is not necessarily my goal to stay in Cannes. But never say never…

– You would consider a return to the Caribbean…

– Why not. In any case, even if not in the coming years, I will go to Puerto Rico before the end of my career.

– What will you remember from Puerto Rico?

– There, there is a real American culture. It is a great professional club. I also played alongside great players like Soto and Muniz, who gave me their experience. There was also the coach of the Puerto Rico national team which was great. There was a great quality of life, I was well housed, at the seaside.

– You found another seaside in Cannes.

– The setting is nice here too. Here, all the players live together. I spent two great years at Cannes. We played a final and a semi-final if I remember correctly.

– Did you follow the path of AS Cannes this year?

– Of course, I just followed. There is potential, I think it will be fun.

– Do you feel physically prepared?

– I spent a month without playing but I stayed in shape at the gym. At first, as any player in recovery, we need about a week to recover, but it’s getting better and better.

– You can play against Sète, your last club in France. A special meeting for you.

– Yes, it is true, even though I do not know if I’ll play. I will come back little by little, and I’m here in case of problems.

– After the championship, you will play for France in the World League.

– The format has changed again. It has a beautiful pool, super interesting but complicated. We will have to fight to win third place. We will try to defeat the United States, Bulgaria and Argentina. I think Brazil and Poland will be above us all. We will have big trips to America, which is nice too.