FRA M: Facundo Santucci – I want to be known in Europe

Argentine national team libero will have his first experience outside his country after playing for Boca Juniors for more than six years. Facundo signed a two year contract with TOULOUSE. WorldofVolley brings you the latest volleyball news. 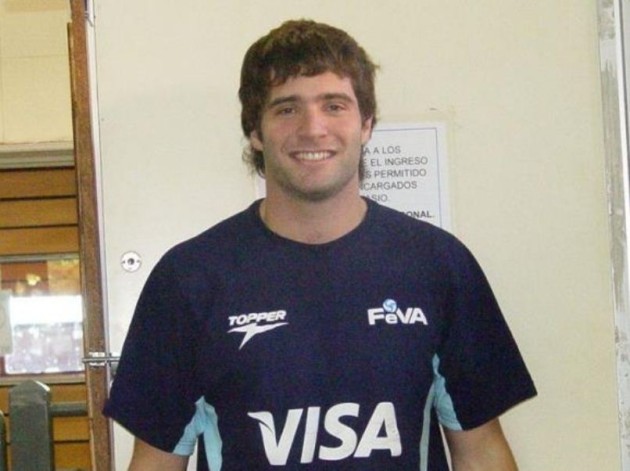 In the last Argentine Serie A1 season, Santucci was the best in defence and 2nd best receiver with a 60,76% efficiency. Also, he has been called again by Javier Weber to be a part of the World League´s  roster. The 25 years-old player has had a lot of success in the last seasons and now he received the opportunity from Spacers TOULOUSE. Facundo appreciates it, and shares his feelings with us:

– How did Spacers TOULOUSE chose you?

– They were looking for a libero and my manager Marcus Eloe, negotiated my transfer. They had to talk to other players too, but the coach wanted me to sign as soon as possible..

– You had the chance to leave Boca before, why did you do it now?

– Yes, there were other opportunities, but they weren’t like this one. I think I’m in my best moment now, mature and experience enough to face the challenge. I Hope I can give back the confidence they gave me.

– It really is, I didn’t realize it at first; but when Boca plays its first match without me, then I’ll understand and that’s gonna hurt. But I’m not saying goodbye, cause I started in Boca and I’m also a big fan. I have the chance to improve my career now but I will miss the squad a lot. I spent many years there, but I’m sure I’ll be back to represent the team because I love winning.

– What do you know about TOULOUSE?

– I know the goal is to get in the Ligue AM play-offs, and that Andre Radtke is going to be there too. Also Marcus Eloe’s brother is there. Everything is going to be new for me, but I have lot of expectations and hope of this project.

– What do you expect?

– I want to play a good season, have the confidence of my teammates, improve myself and to be known in Europe; the outside market is important, so I have to do my best.

Who’s the most beautiful? Vote until Sunday!

EL M: Baeyens – We had to fight for every point

WL: Problem for France – Ngapeth got...