The other match of the day for Pool B will see the United States take up the challenge brought by Germany. 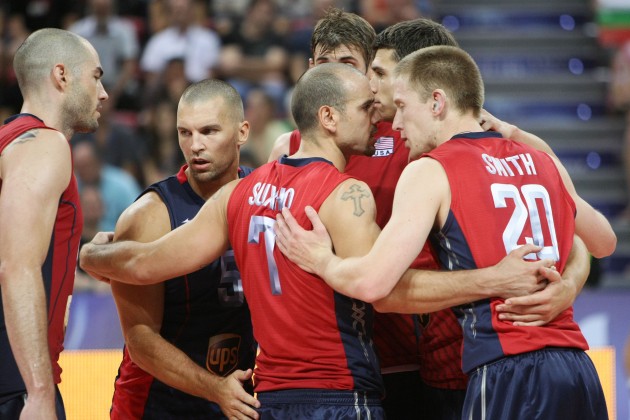 The guys mentored by Vital Heynen have enjoyed one of the most memorable seasons of the past decade and even edged the US Americans only a few weeks ago at the World League finals in a match that turned into a terrific battle that was claimed by Germany at the tie-break.

If Clayton Stanley and his young guys have impressed in their opening match with Serbia, Germany will need to take a positive result from that game not to compromise their chances to make it to the 1/4 finals. Heynen has spotted – even before the start of the tournament – the USA as a serious contender for the gold medal by singling out the quality, experience and motivation of the side mentored by Alan Knipe. György Grozer will have to step up the quality of his play – which was not that impressive in his Olympic debut with Russia – to help Germany claim its first positive result at Earls Court.