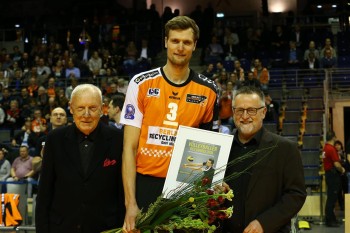 Just before the CEV Champions League match between BR Volleys and Liberec, Robert Kromm received a special award. He was officially named named the best volleyball player in Germany for 2016!

Kromm has been playing for BR Volleys since 2012, while in the previous season he helped the German team win 3 trophies – German Championship, German Cup and CEV Cup.

THA M: Thailand volleyball may have a new star (VIDEO)

CL M: We told you to remember his name – Wouter Ter Maat is unstoppable! (VIDEO)