Aurubis HAMBURG started its first European campaign in history this by scoring a 3:0 home win against Spodnja Savinjska SEMPETER. On Wednesday the side captained by Imke Wedekind will play the return match in Slovenia with the goal of making it to the next round. 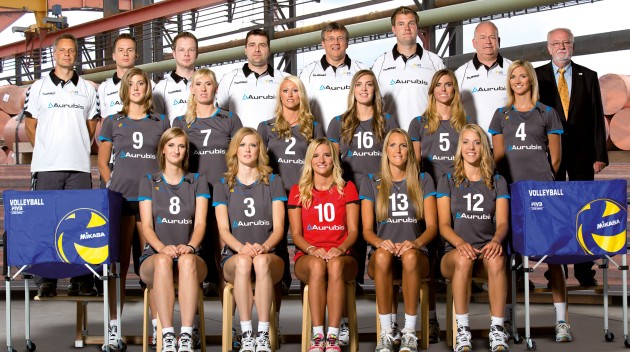 With the boost of confidence resulting from that home win, head coach Jean-Pierre Staelens feels like the golden set shouldn’t be necessary to determine the eventual winner of this double header. His players have used their physical and technical skills to their advantage and they feel evidently excited about their debut in the European Cups. Staelens also got valuable info about the Slovenian side from US American Sarah Ammerman who last year was competing in that national league.

Aurubis HAMBURG hopes to enjoy an additional opportunity to play a European match in front of the audience that responded so well to their debut at “CU Arena” last week. If they make it to the next round, the Germans will play the winner of the clash starring Luka BAR (MNE) and Apollon LIMASSOL (CYP). That eventual match is scheduled for December 12 but first Aurubis will have to stay fully focused on the return game with SEMPETER in Slovenia.

RUS W: Uralochka plays Volero to back up second place in standings of Pool A