VfB Suhl got their first points in the Bundesliga by defeating VT Aurubis Hamburg 3:0. Mareike Hindriksen was the MVP. Felix Koslowski gave a statement. 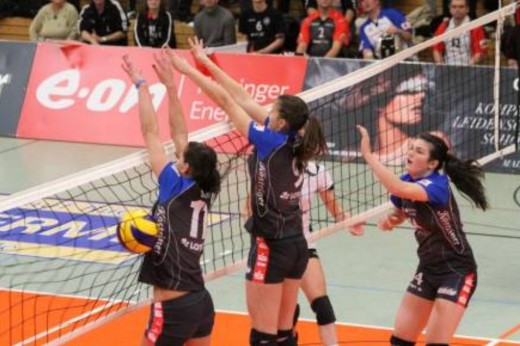 The pressure was on Suhl to win this game, so that the distance between their immediate neighbors on the table doesn’t become too large. But the team put the pressure into positive energy showed on the field. The team sparkled with joy, and started from the beginning with their masterly tactical solutions.

In the end the success rate of 54% in the attack speaks for itself. Mareike Hindriksen was convincing as usual and was the MVP.

Felix Koslowski shared his thoughts: “The pressure before this game was huge, but now we are all relieved that we won. My team did everything today, they played an incredibly disciplined and tactically game. The girls have now rewarded themselves.“

GP: Germany already in Italy ahead of...