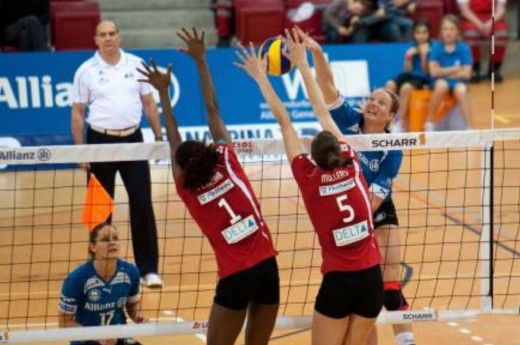 It quickly became clear yesterday that the opposing team would not leave the points in Stuttgart. Despite the good work by Lora Kitipova, Stuttgart couldn’t to force their opponent to make mistakes. So, as expected, the first set lastet 22 minutes and finished with the score 20:25.

In the second set Alliance MTV Stuttgart was initially good, but Rote Raben continued with very good defense and blocking. After 27 minutes, the second set went to the guests 20:25.

Vilsbiburg played last night at a consistently high level and showed a lot of commitment and strong nerves. They won the third set in 25 minutes 21:25.