Check out some of the latest men's volleyball transfers and rumors in the 2018 summer transfer window from German Bundesliga for July 14, 2018. 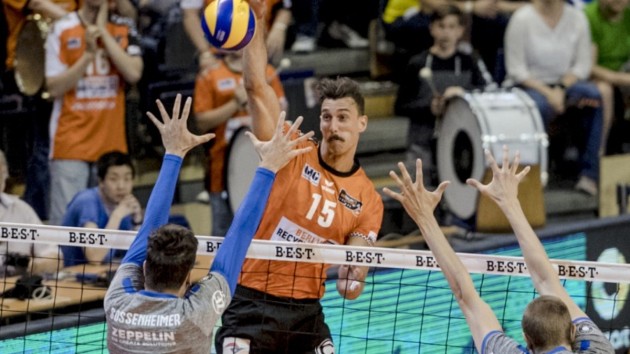 A 24-year-old American Kyle Russell will wear the jersey of Berlin Recycling Volleys for one more season, Bundesliga defending champions announced. His debut season in the club from the German capital was marked with a status of a backup to an Australia opposite Paul Carroll but Russell stepped in on several occasions when „Volleyroos“ member got tired, especially in the first two games of the playoff finals against VfB Friedrichshafen, to make his impact. So far, the UC Irvine graduate is the first option for the opposite position of BR Volleys for the 2018/19 season.

Helios Grizzlys Giesen announced the sixth contract extension. A 32-year-old Slovak outside hitter Milan Hriňák will defend the colors of the club that will make its debut in Bundesliga for the third season in a row. Volleyball plays a big role in his family as his wife Martina Hriňáková is also a professional player and competed in the women’s  Bundesliga. Until two years ago she was a member VfB Suhl Lotto Thüringen.

Hypo Tirol AlpenVolleys Haching extended the contract with the club legend Pedro Frances. A 29-year-old Brazilian middle blocker came to the club in 2011 when it competed in the Austrian championship and won five national titles with the club. Upon Tirol’s merging with the German side TSV Unterhaching last summer, Pedro remained in the club to compete in the 2017/18 Bundesliga. 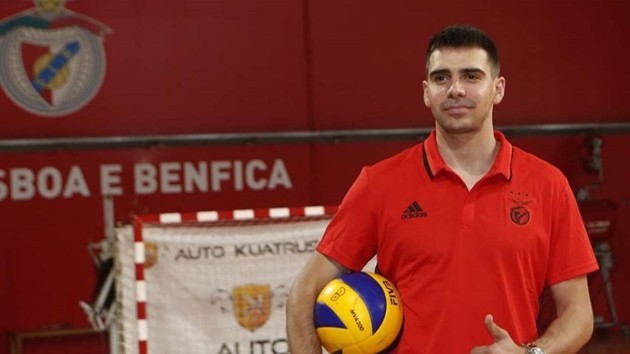 United Volleys Frankfurt (last season under the name United Volleys Rhein-Main) strengthened their roster with Serbian opposite Milija Mrdak. A 26-year-old player, who is occasionally summoned to his country’s national team, came from SL Benfica, Portugal, with whom he won the national cup last season. As a teenager, he was one of the most promising volleyball players on his position in the world – he won the 2009 FIVB U19 World Championship with Serbia.

Netzhoppers SolWo Königspark KW made a little Canadian colony in the team for the next season. In addition to the setter Luke Herr who will remain in the club for the second season in a row, Netzhoppers engaged two compatriots of his, both 24-year-old players: the opposite Casey Schouten who came from Team Lakkapää, Finland, and Kenneth Rooney who competed for Habo Wolley, Sweden, last season.

SVG Lüneburg tied a teenage outside hitter Konrad Thole with a professional contract. An 18-year-old player, who will take part in the 2018 CEV U20 European Championship that starts today, signed a two-year deal with Lüneburg. He is considered a top German prospect knowing the fact that he is a 2.12m tall which is an enormous height for a player on his position!

Volleyball Bisons Bühl signed four newcomers to nearly complete the roster for the next season. The Uzbek Akhrorjon Sobirov was brought back to the club after one season which he spent with the French league runners-up Chaumont Volley-Ball 52 Haute-Marne. While wearing the jersey of Bühl in the 2016/17, he was named Best Middle Blocker of Bundesliga. A 20-year-old Stefan Thiel strengthened Bühl on the setter’s position, coming from Helios Grizzlys Giesen. The other two newcomers are the U.S. middle blocker Matthew Seifert from Ethnikos Piraeus, Greece, and 18-year-old setter Philipp Oster from the youth team.

TV Rottenburg contracted Canadian Alex Duncan-Thibault as a new opposite for the upcoming season. A 24-year-old is coming to Bundesliga side after spending the first professional season in his career in which he acted as a backup in Biosì Indexa Sora, Italy. Duncan-Thibault is York University (Toronto) graduate, competing for its volleyball team York Lions. Rottenburg also brought in young Austrian middle blocker Matthäus Jurkovics who won the national cup in his home country with SG VCA Amstetten NÖ/hotVolleys last season.

BRA M: Taubaté sign 2 more players and will start next season with 12 newcomers