Casa Modena got the better of Marmi Lanza Verona and won 3:1. Lorenzetti played Uros Kovacevic for the first time. In his 600th game Meoni gave way to Peacock, De Marchi to Rak and Fedrizzi to Viafara. Celitans was the top scorer, Mania was good in defense. 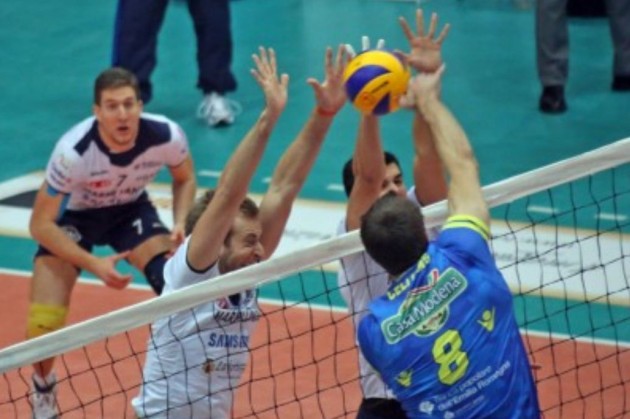 Marmi Lanza had altered its team due to injuried. In his 600th game in the league, Meoni gave way to Peacock, as De Marchi for Rak, and Fedrizzi for Viafara. Lorenzetti played with Uros Kovacevic for the first time.

First two sets were one sided. Verona was better in the third. It was a exciting fourth set which Modena won 27:25.

Injuries forced Marmi Lanza to play without half of the starters and this severely limited the possibilities of the hosts. Meoni brought the change in the third set.

Celitans scored 22 points, although in the 3rd set he dropped dramatically. Manià was good in defense. Some of his saves were decisive.