President of the league Mauro Fabris gave a statement concerning Crema Volley's withdrawal from Serie A1. WorldofVolley brings you the latest volleyball news. 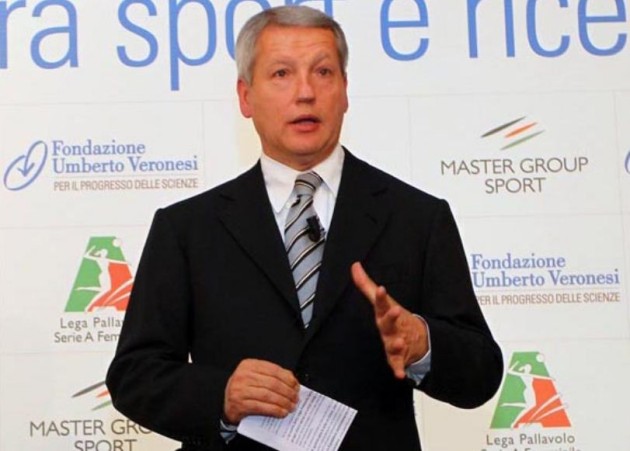 “We must acknowledge, despite our willingness to help Crema Volley, their withdrawal from the Serie A1. Meanwhile we must understand how some sudden economic difficulties can happen to companies that own the team, thus eliminating the resources needed for sports, but I think it is time to protect the movement of the top women’s volleyball, today and in the future, for damages caused by such situations. These are the responsibilities of those companies which, while meeting the requirements to join the Serie A, do not have adequate resources to play in the Championship.

The club Assembly is scheduled for January 28, and we will certainly discuss what to do and what formulas and new rules to introduce for joining the Serie A. Personally, I intend to propose the start of liabillity actions with a request for damages for the companies who with their reckless conduct, jeopardize the whole movement by withdrawing the team during the Championship. I still think that the League has done well in recent years to tighten the rules which have allowed us to discover cases of Crema and, last year, of Conegliano. Without these standards it could have been, as in the past, teams that are the championship participants – and maybe even winners – that failed to pay their responsibilities, including taxes (Aprilia in the 2010-11 season, Castellana Grotte in 2011-12, Vicenza 2010-11 and Perugia in 2011-12 reached the end of the season and then weren’t in the next).

On this path we must insist, because it is what has allowed the teams to enter Serie A, and with wich many new entrepreneurs have built their own project by supporting Serie A teams. Crema story can not devaluate these editions of Serie A1 and A2, that are very competitive, we are witnessing a record number of fans and audience, even higher than the previous season. Obviously the commitment of the League is to complete the restructure of its Championships that was started in recent years with the active support of the Italian Volleyball Federation.“

ITA W: Molinaroli – “We will register...