ITA W: Win for Caprara and Piacenza against Busto Arsizio

Giani Caprara got his first win with Rebecchi Nordmeccanica Piacenza. They defeated Unendo Yamamay busto Arsizio 3:2. Lucia Bosetti and Turlea Meijners were the best in Piacenza, Pisani and Kozuch in Busto Arsizio. 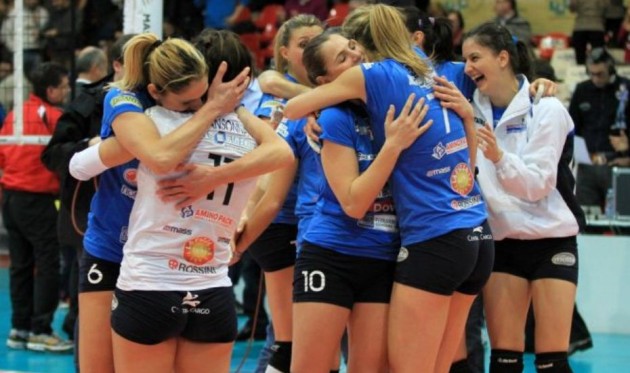 Piacenza was ahead 1-0, then was behind 1-2, but they have been able to find the strength to fight back and gain a foothold in the balanced tie break.

During the match, Rebecchi Nordmeccanica was more effective in attack, Busto, with the exception of the second set, showed low mood, even in terms of direct errors. Of course, the absences did not make things easy for Unendo Yamamay, which was however, able to bring home a point in an evening that wasn’t their best.

MVP of the match was Lucia Bosetti, she was able to close the game with twenty points and a good 37 percent in the attack. Turlea and Meijners also had a good game. For Unendo Yamamay young Pisani was put on display with 6 blocks (thirteen points), while the top scorer of the team was Kozuch (21 points).