Italy showed that they are still one of the main favourites at the 2013 FIVB Women’s U20 World Champs as they swept past Nigeria 3-0 in Tuesday’s last Pool D match of round robin play in Brno, Czech Republic. 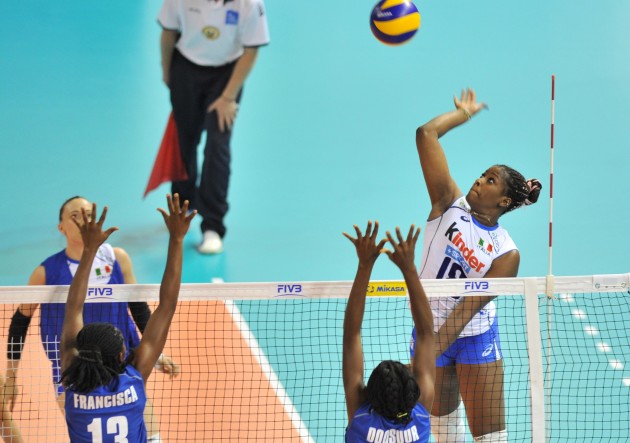 Italy capitalized on their middle hitting early on, as their well-placed attacks dislodged the Africans to set-up their floor defence. It was then followed by a bombardment of attacks from the wings by Elena Perinelli and Miriam Sylla that the Nigerians failed to stop. Nigeria tried their best but had no answers to the blistering spikes coming from Italy’s side. After 55 minutes, Alessia Fiesoli hammered the Mikasa down to make it 3-0 for the titleholders.

Italy finish second in Pool D to challenge Bulgaria in the round of 16 while Nigeria conclude pool play on the fifth rank.