The latest news from France claim the transfer of Kévin Le Roux to Copra Elior. 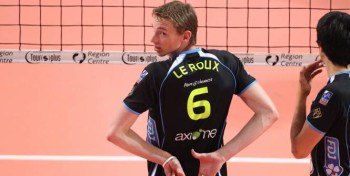 The sale of outstanding Robertlandy Simon, who has already been moved several times to Russia, should cover the arrival of the Frenchman, but the news about Simon’s departure have never been made official.

“Today, Simon is still 95% with us but in a few days this percentage might go down,“  were the words of Piacenza president Molinaroli.

According to newspaper “L’Équipe“, French international Kévin Le Roux, would sign a two year deal with the Copra Piacenza.

Kévin Le Roux, the middle blocker (born 11 May 1989) is 2.09m high and can play either middle blocker or opposite. His only club as a professional was AS Cannes (since 2009). He has 35 caps in total for France so far.

WCHQ M: Netherlands and Israel to host second round