WCHQ M: Netherlands and Israel to host second round

The Netherlands and Israel will host this coming October 2-6, 2013 the second stage of the qualification process that by early January will determine the European contingent for the 2014 FIVB Volleyball World Championship. 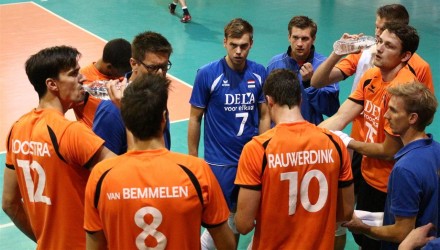 Since no organiser did come forward within the set deadline, the CEV proceeded to a drawing of lots to determine the National Federations required to host the second round. Up to three of the six participating teams can qualify through to the third round, depending on the results of the 2013 CEV Volleyball European Championship.

The Netherlands will host the men’s second round and take on the national teams of Belarus, Israel, Romania, Sweden and Ukraine in a single round robin tournament whose venue will be communicated in the coming weeks.

Israel will play host to the women’s tournament with the local heroines playing the national teams of Greece, Hungary, Latvia, Montenegro and Switzerland that had also finished their respective first-round qualifiers in second place.