Just like the first time they met, the game ended at the tie-break and once again Giuliani’s team came out on top. MVP: Igor Omrcen 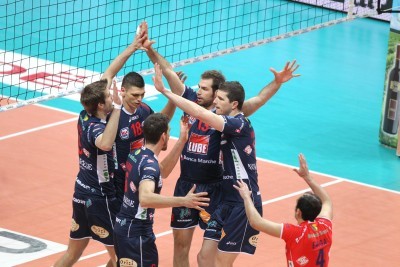 Jean Francois Exiga (Lube Banca Marche Macerata): “Some referee decisions have been contested, but in any case we knew were going to have a hard time. They are a great team, they fight hard. In the two years I have been here, Monza has always proved to be a tough team to beat because they play with heart. I am extremely happy to have won this game”.

Marco Molteni (Acqua Paradiso Monza Brianza): “We are happy with our performance which proves we are not going through a crisis. A lot has been said in the past two weeks as we lost twice. But we proved we were there, playing as a good team that is willing to fight”.

ITA A1: Serie A1 Sustenium: Round 22 in details