Only a few days after announcing that middle blocker Valentina Arrighetti will join the team for the 2012/2013 season, another top player was signed by Italy’s Unendo Yamamay BUSTO ARSIZIO that is one of the rookies called up for the 2013 CEV Volleyball Champions League – Women. Germany’s Margareta Anna Kozuch is returning back to Italy after spending the last couple of seasons in Russia and Poland, lately claiming the PlusLiga Kobiet while representing Atom Trefl SOPOT. 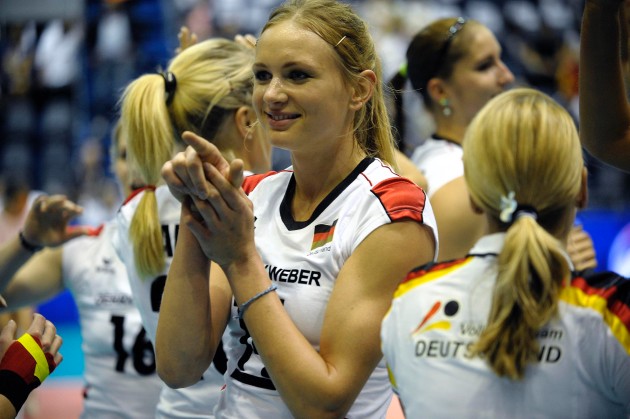 Born in Hamburg and of Polish descent, Kozuch is the captain of Germany’s national team that last year finished second at the final round of the European Championship in Serbia after edging Italy in the semifinals. Kozuch was awarded in Belgrade as the “Best Spiker” of the tournament after two years earlier – as the Championship was held in Poland – she had stood on the podium as “Best Scorer”.

With the addition of Arrighetti and Kozuch to the roster, Unendo Yamamay BUSTO ARSIZIO has set the goal to retain Italy’s national league and achieve good results in its first campaign in what is unanimously seen as Europe’s most elitist competition, the CEV Volleyball Champions League.