As part of their preparation for the International calendar, the Argentine Youth' Girls Team participated at the U 21 organized by the Metropolitan Volleyball Federation. the girls coached by Guillermo Cáceres won the Silver Medal as part of their growth, overcome by the two consecutive season's Boca Juniors in the final match. 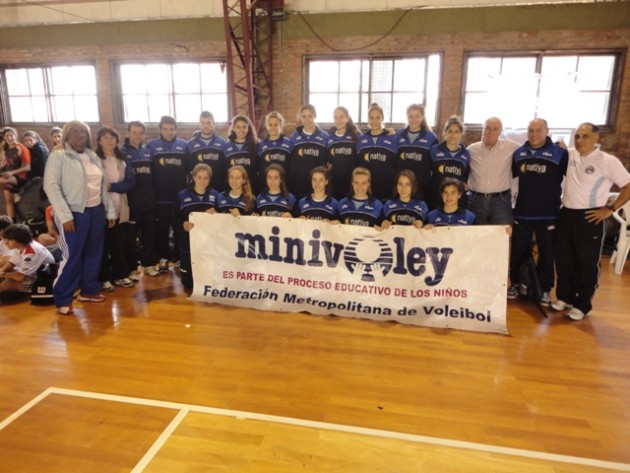 Two years ago, the light blue – white jersey team used the same competition for their preparation arriving also to the final date of the matches, played then in San Fernando, as it happened this last weekend. At the Club, placed at the north part of the city of Buenos Aires, the Argentine team lost the semi-final match v Velez (champion on the year 2010 but this time got revenge defeating 2-1 the same team).

At the final match, with the good perforrmance of Elina Rodríguez and Camila Hiruela, the team of Cáceres won the first set but then was overcome by Boc 2-1.

The team is getting ready for their South American Championship and on the last day of this competition helped the FMV with mini-volleyball activities. They showed some videos and talked with the smallest federated players of the city of Buenos Aires. The support and help of the girls and the coaching staff was very important thinking on the growth of those little athletes that watch them as idols.

Argentina: Ciudad succeeded in end of the...