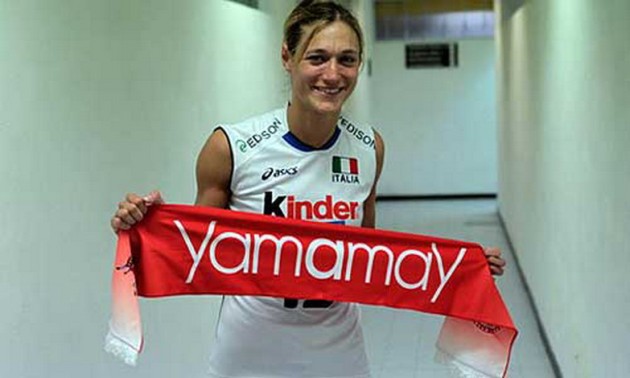 She is a champion of Poland, but her club had a problem with money. Arrighetti played in Norda Foppapedretti Bergamo, but Bergamo didn’t win championship of Italy and didn’t play in Final Four of Champions League.
Yamamay Busto Arsizio is a new champion of Italy. This team win championship first time in their history. Christina Bauer and Francesca Marcon are staying in Busto Arsizio. New player of this team is Juliann Faucette. Probably will play Maren Brinker too, who is a friend of Kozuch from national team. We don’t know anything about future of Carli Lloyd, who is one of the most popular setter in the world. She is probably staying in Yamamay or going to Eczacibasi Istanbul.

ITA W: Villa Cortese: Cardullo is yours. Piccinini no.

RUS M: Ovchinnikov: the main thing is win a trip in London