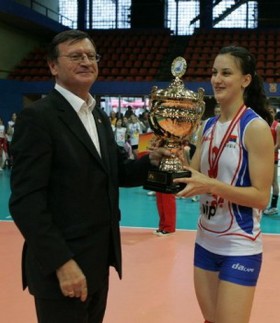 After the announcement about the arrival of the Serbian Danica Radenkovic was followed by confirmation of the arrival of Laura Nicolini, libero Stefania Sansonna, and new scoutman Filippo Schiavo (coming from Liu-Jo Modena).

The technical staff of the Rebecchi Nordmeccanica was completed with the athletic trainer Chittolini Sebastian.