Some serious rumors are floating around Perugia... 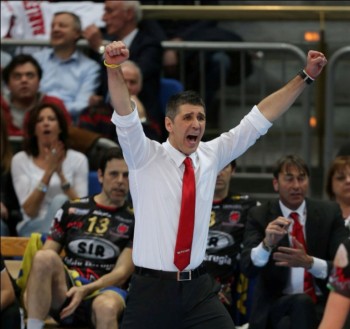 According to Gian Luca Pasini from gazzetta.it, President of Perugia Gino Sirci has already made several phone calls to Slobodan Kovač!!!

Two home defeats from Verona and Lube have certainly turned on the alarm in Italian powerhouse, but it is really difficult to believe that such a big club as Perugia would decide to change the head coach already at the beginning of the season. Especially, because Daniel Castellani took over the team last summer!

Still, this source adds that many people would like to see Slobodan Kovač back in Perugia. Do not forget that he has been the head coach of this team from 2010 to 2014 and that he have achieved many great results in that period.

Russell will have to get used to use the time he gets on the court: 3 points, 1 set or little more. Nobody has time to wait for him so he or anybody else can get in shape!!!