Pallavolo Molfetta: Second game in three days for Botti and co, who travel to Segrate, coached by Daniele Ricci. 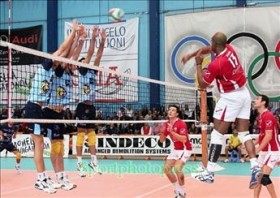 Both teams have rather similar recent pasts. Molfetta needs to find the determination and character it had until the end of the first half of season after two very poor sets against Club Italia.

Segrate will be looking for renewed confidence too following their shocking defeat at the hand of Atripalda.