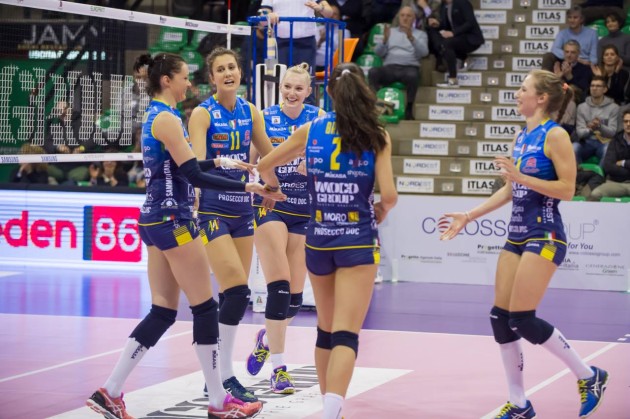 As our sources told us, Serie A1 title holders Imoco Conegliano will apply to host Final Four of the 2017 CEV Women’s Volleyball Champions League, if they advance to the Playoffs.

Since Rome (Sir Safety Perugia is the hosting team) already got organization of Men’s F4, and if CEV approves Conegliano to organize Women’s F4, both Champions League final tournaments will be held in Italy. At the same time, Italy will be the host of the Women’s Final Four for the second time in a row (Pomì Casalmaggiore was a hosting team in Montichiari last season).

TUR M: Halkbank triumphed in national championship after more than a month

RUS M: ’Spirik’ in the element once again: Do you see what name is written on my jersey? (VIDEO)

Smart move! As they have very little chance to make the F4 on their own…