Liu Jo Nordmeccanica MODENA already made few big agreements for the next season! 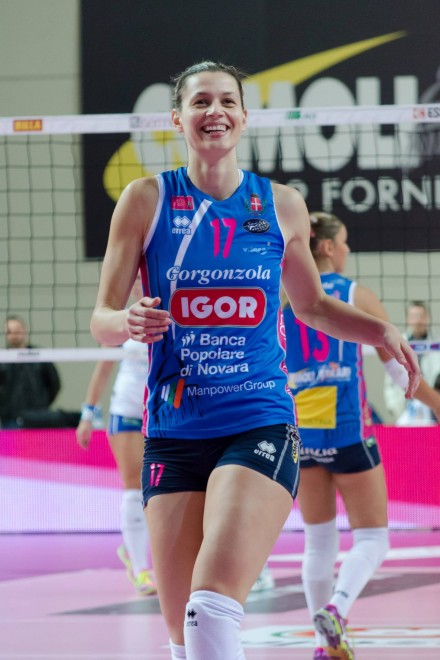 The new opposite instead of captain Jovana Brakocevic, will be MVP of the Italian finals 2016/2017 – Croatian Katarina Barun Susnjar.

She recently brought to Igor Gorgonzola NOVARA the historic title of the Italian league. She returned to Novara after season in Bergamo and made a real spectacle.

Her new adventure will start with Modena against she played in the finals of this season.

This is not the only reinforcement for Modena in the next season. They have also hired Raffaella Calloni from Il Bisonte on the middle blocker position. She will also be in the line-up.

Calloni’s a good choice. Hopefully she’s not for replacing Heyrman though.