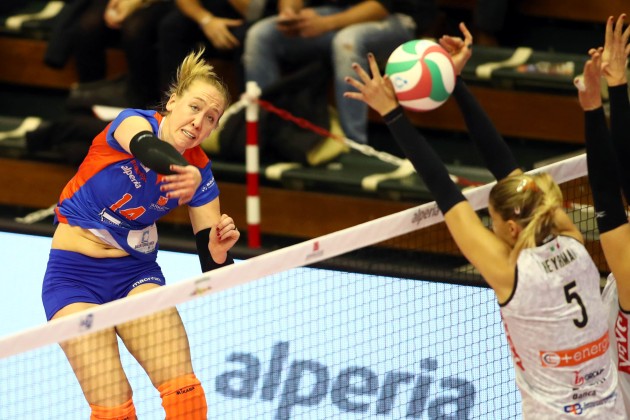 Bartsch is also a player of the American National team with whom she made her debut in 2015, winning the gold medal at Pan American Cup and XVII Pan American Games, while in 2016 she won the silver at the World Grand Prix.

“I am thrilled to be joining a club. After three very good seasons in Germany and last year in Bolzano, I took confidence with the Italian championship and I think it was a very positive, with a steady growth and my whole team. It ‘nice to play in Italy and I am happy to do it again with UYBA. I think the level of competition is high, but the coolest thing is that everyone here loves volleyball and because of that is really special to play in Italy.” she said.