Mauro Berruto held a two day intensive workout in the Centro Sportivo dell'Acqua Acetosa in Rome. He worked with 27 players among which were Pedron, Pinelli, Sperandio, Mazzone, Marchisio, Valsecchi, Fedrizzi, Caci and Pesaresi. He counts on young players to play for the Italian national team. 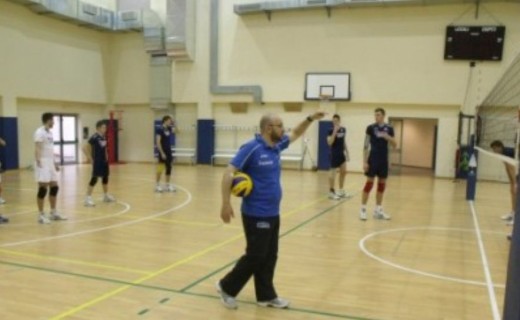 He worked with 27 players among which were Pedron, Pinelli, Sperandio, Mazzone, Marchisio, Valsecchi, Fedrizzi, Caci and Pesaresi.

“I think it’s fair to thank the Federation and the various clubs that allowed the project” Berruto began.

“I am very happy that the program started, it is something that I believe in a lot because I will have the ability to monitor and record growth of several boys. Athletes who are here are congruent to engage to a four-year project, because the hope is to have the largest possible number of young players on the eve of the next Games.“

Berruto then goes on to explain the next steps: “This is just the first of three stages, the other two will be between January and March during which I will have the opportunity to work and learn more.“

The coach is still satisfied with the work: “These two days helped me to clear my head though, logically, 48 hours are not enough for a definitive assessment. In this sense, it is important that the guys show me and convey their desire to learn and improve, they will have to earn to be summoned for the upcoming events.“

ITA M: Blengini – We will give Verona hard time