Itas Diatec Trentino defeated Copra elior Piacenza 3:1. Juantorena and Stokr were the best for Trentino, and Simon and Holt for Piacenza. Kaziyski had 4 aces. 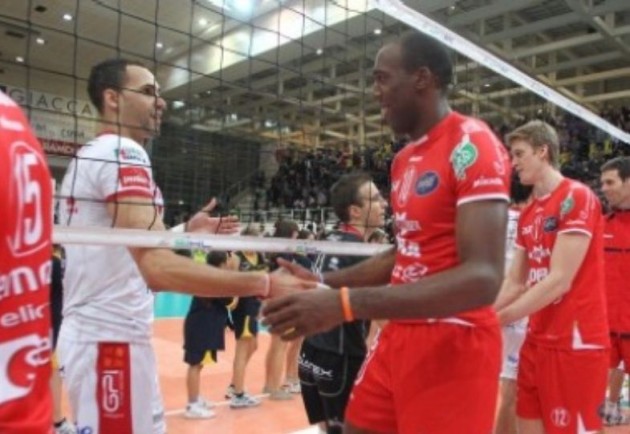 Itas Diatec got to the seventeenth consecutive win in the league, the Champions League and the World Club Championship at the expense of Copra Elior Piacenza who fought long as it could, earning applause for the stubborn comeback in the second set, from 16-22 to 25-23. Overall, the superiority of the hosts was evident, this was a good test for the middle blockers Simon and Holt.

Trento rested their game on the couple Juantorena–Stokr, who had 4 and 2 aces respectively.

Osmany Juantorena finished with 21 points, but Simon also had a good game, he finished with 13 points, 85% (11/13) and two aces, relentless in the second and the fourth set.

Trentino played well all in all, except for the black out in the second set, which reopened the match. Only captain Kaziyski has struggled to maintain its performance, finishing with 39% in attack but a good 69% in receiving and 4 aces. Djuric was also very concrete: 71% attack and three blocks. Simon, 85%, and Holt, 15 points, 69% (and 3 blocks) had a good game for Piacenza, always timely and accurate. Maruotti had 64%, while Papi has stopped at 20% and Fei 42%. Copra had 20 service errors.