Italian middle blocker Marina Zambelli found a new club for the next season. 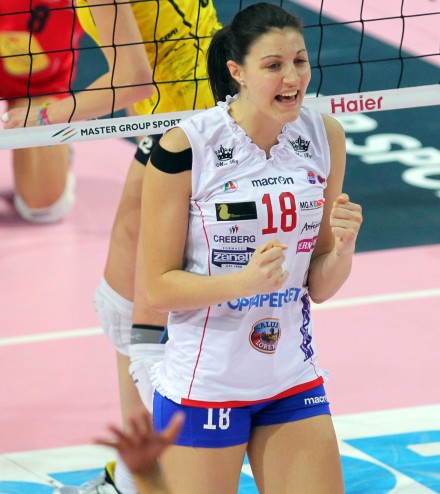 Marina Zambelli is the third announcement by UBI Banca S. Bernardo Cuneo for the 2018/2019 season.

Zambelli arrives in Cuneo with important international experiences. With the Italian national team, she won a bronze medal at the European Championship U18 (2007) and a gold at the U19 European Championships (2008) where she was named for the best blocker of the event. When she was just seventeen years old she made her debut in Serie A1 in with Foppapedretti Bergamo with whom she won the CEV Champions League (2009/2010) and, in the following season, the Italian Championship. Then she was three seasons in Le Cannet (FRA) while in the last two seasons she has been wearing the shirts of Sūdtirol Bolzano and Pomì Casalmaggiore.

VNL F6 M: Shlyapnikov – “We worked hard and for a long time – it has been successful”