Puerto Rico had to work hard to score the second victory in the men's volleyball tournament in 2018 Central American and Caribbean Games in Barranquilla, Colombia. 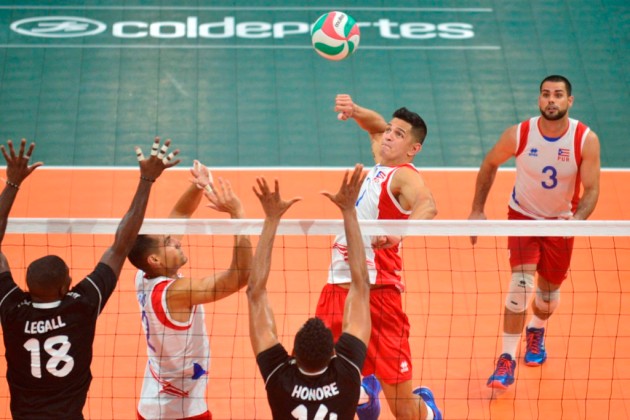 Puerto Rico vs. Trinidad and Tobago

Puerto Rico managed to break the resistance of Trinidad and Tobago in Pool B in the men’s volleyball tournament in the 23rd Central American and Caribbean Games in straight sets but with each one being pretty much competitive – 25-11, 25-18, 25-19. Puerto Rico led 9-1 in aces with Pablo Guzmán scoring nine points. That’s exactly an out-turn that Brandon Legall produced for Trinidad and Tobago.

The hosts Colombia stayed in contention for the top spot in the pool that will secure an automatic berth for the semifinal after prevailing over Guatemala by a 3-0 (25-17, 25-21, 26-24). Actually, Colombia spared their fans of more intense duel after coming back from a five-point deficit in the third set (20-15). Adonis Herrera top-scored for the hosts with 12 points. Wagner Pacheco made 11 points for Guatemala.

By notching the second win in as many games played, Cuba booked their ticket for the semifinal as the top seed in Pool 1. Cuba beat Mexico in the tension-filled encounter, in which their player Adrián Goide and Mexican Pedro Rangel were excluded due to an inappropriate behavior, by a 3-0 (25-23, 25-18, 25-18). Cuba opposite Miguel Gutiérrez scored game-high 16 points. Gonzalo Ruíz chipped in 13 points for Mexico.

Venezuela snatched their first win in the tournament as they surpassed the Dominican Republic by a 3-2 (18-25, 25-17, 25-23, 24-26, 15-11). Despite the fact they have a 0-2 record after two rounds, the Dominicans still have the chance to advance directly to the semifinal. Edson Valencia scored 18 points, including six kill blocks, for Venezuela while Elvis Contreras made 23 points on the other side.

BRA: Superliga with 12 teams in each category (LISTS)