Latvia’s youth national teams are fine-tuning their preps for their respective qualification tournaments to the 2013 CEV Youth Volleyball European Championship with the boys set to compete at home in Jelgava while the girls will join the qualifier that is set to take place in Lutsk, Ukraine. Read latest volleyball news on Worldofvolley.com. 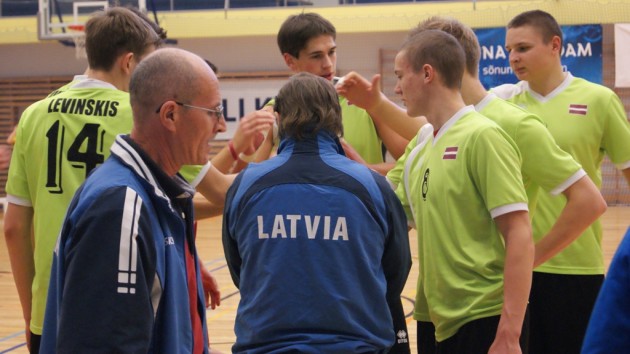 The boys will be confronted in Jelgava by the national teams of Russia, Ukraine, Estonia, Slovenia and Norway. Head coach Janis Bomins says: “I am very glad that we played good and recently got silver at the EEVZA Championship in Estonia. After this competition we played some matches in the national league to be followed by a couple of training camps. The first is running these days and a second will follow through December 25-30”. Bomins is saddened by the injuries suffered by some players but hopes that the group will be fit and well ready for the European qualifier. “We do know that our opponents are strong but our goal remains to make it to the final round scheduled for next April in Serbia and Bosnia-Herzegovina”.

The girls will be playing in Lutsk the hosts of Ukraine, plus the national teams of Austria, Poland, England and the Netherlands. Their goals are a little less ambitious than for the boys as head coach Ilmars Pulins hopes to win a couple of matches and play good Volleyball with the strongest opponents. “Next week we’ll have another training camp and then play some matches with teams that are participating in the Baltic League” he stresses. The group is missing captain Monta Urbane – who is currently injured – but she shall be able to recover in time for the European qualifier in Lutsk.