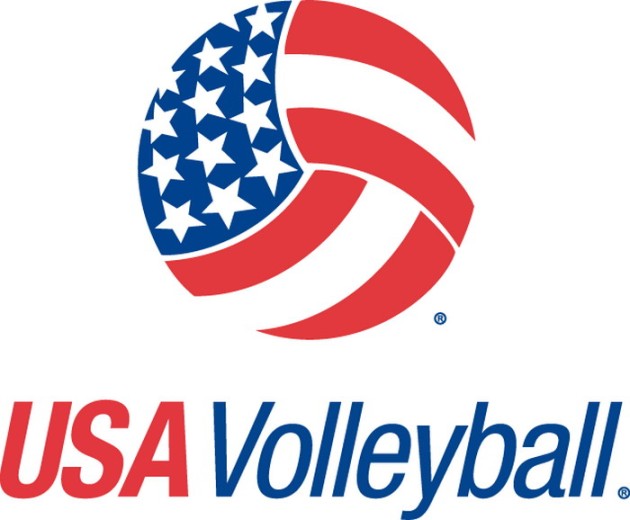 USA Volleyball CEO Doug Beal stated, “USA Volleyball has long awaited the day when America’s professional sports market re-awakens to our great indoor game. Volleyball has enjoyed incredible growth over the years, along with success at the Olympic Games and other international events. The creation of a professional indoor volleyball league is the last piece of the puzzle in taking the game to the next level. USA Volleyball is excited to partner with Grand Prix Entertainment’s sports and entertainment team. Their extensive expertise in sports, broadcast and entertainment convinced us to make this exclusive, comprehensive and long-term commitment. In addition to the business expertise Grand Prix brings to the table, USA Volleyball is further enthusiastic knowing Grand Prix Founder and Chairman William Tatham has a fan’s passion for our great sport both off and on the court.”

USA Volleyball launched its Premier Volleyball League (PVL) earlier this year, which serves as a grassroots professional league that involves a dozen of the national governing body’s 40 regions spread across the United States. In its first year the league provided the opportunity to many top women’s players a chance to continue their volleyball careers at a high level without being abroad for months at a time. After the conclusion of its first league title at the USA Volleyball Open National Championships in May of 2012, several more regions were looking to jump on board as an avenue for its adult volleyball members to play the sport they love once their college careers ended. The league will expand next year to include a men’s championship to complement the women’s league.

Lindsey Berg, a two-time Olympic Games silver medalist who served as captain of the recent U.S. Olympic Women’s Volleyball Team that won the silver medal in London, feels the time is right for a volleyball league to succeed in the United States.

“A professional league in the United States would create obvious growth and exposure for our sport,” said Berg, a three-time Olympian. “It would allow athletes after college to elect to go overseas or continue their dream of playing volleyball right here in the United States. While some players enjoy the experience of playing overseas and grow as a person, many athletes want to be closer to home, their family and friends. A domestic pro league is a big step for our sport.”

Clay Stanley, a three-time Olympian and 2008 Olympic Games gold medalist who also captained the 2012 Olympic Men’s Volleyball Team, believes such as a league can lead fuel added success at the National Team level while bringing added attention to the sport.

“I’m happy to hear that a new professional league is on the horizon in the U.S. and that USA Volleyball is involved,” U.S. Men’s National Volleyball Team captain Clay Stanley said. “A league like that can provide more opportunities for players who want to stay in the U.S. The chance to compete past college can only increase the depth of our National Teams. The long term benefits would be added exposure for our sport, which could draw in more players and fans.”

Nellie Spicer, a member of the U.S. Women’s National Volleyball Team who competed professionally in the Azerbaijan Super League this past winter, said she would welcome a professional league here in the United States.

“I am from a family of seven kids with lots of nieces and nephews,” Spicer said. “It kills me to leave for eight months at a time to play volleyball in a foreign country. I have become the Skype aunt to them, and I want to watch them grow up in person. To stay in America to play volleyball would be unbelievable. I could go on playing volleyball another 10 years in the States, but I don’t think I could do that continuing to go overseas playing the sport I love.”

“I think it’s great and long overdue for someone in America to put a men’s professional volleyball league in the U.S.,” said Riley Salmon, a two-time Olympian and 2008 Olympic Games gold medalist. “I give them lots of credit for doing it.”

Tatham agreed, adding, “We believe the globally popular sport of U.S. born indoor volleyball is the sleeping giant of American professional sports. Even more exciting, I believe women’s indoor volleyball has the potential of being America’s first truly successful professional women’s team sport. Buttressed by the exclusive sanctions, massive competitive protections and advantages, Grand Prix has the tools and every intention of proving exactly that.”

Grand Prix also announced the appointment of Gino Grajeda as President of Grand Prix Volleyball, LLC, a unit of Grand Prix Entertainment to oversee all of Grand Prix’s USAV sanctioned events. Grajeda comes to Grand Prix with the credentials as serving as a coach, executive and organizer within the sport for the last 25 years. He is a past USA Volleyball board member.

Former president of MGM Worldwide Television Gary Marenzi, who now oversees Grand Prix’s international distribution, seconded Pilson’s excitement, stating “Neal’s so right. On a global basis, we’ve now achieved another Grand Prix goal of expanding our inventory by adding professional indoor volleyball based on yet another rare and exclusively sanctioned multi-year rights package. Grand Prix’s ability to deliver a multi-menu of major league sports content over a period of years versus a single season is what international carriers strive to acquire.”

Founded in 1928, USA Volleyball is a Colorado incorporated non-profit organization recognized by the United States Olympic Committee (USOC) and the Federation International de Volleyball (FIVB) as the National Governing Body for the sport of Volleyball in the United States. USA Volleyball is responsible for both the Olympic disciplines of indoor volleyball and beach volleyball. USA Volleyball has 280,000 registered members, 12,000 teams and 5,300 clubs nationwide. With an annual budget in excess of $20 million dollars, USA Volleyball supports the USA men’s and women’s senior national team programs, youth and junior national teams, national championship events, coaching education and certification programs, grassroots development, and programs for the disabled and Paralympic Teams. USA Volleyball has a rich tradition of success as evidenced by winning an Olympic medal in every Olympic games since 1984 and capturing numerous World Cup, World Championship and Continental Championship titles. USA Volleyball is committed to and works toward the opportunity for all to participate. It is an advocate for all Americans endeavoring to assure universal access to opportunities at all levels of the game.