Juantorena to semifinals of popularity contest 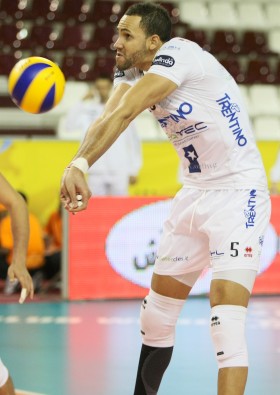 The three-time Most Valuable Player of the FIVB World Club Championship currently playing for Italy’s Trentino Diatec, has moved to the semifinal round among the wing-spikers after defeating Italian Simone Parody 516 votes to 431.

In the semifinal phase of the fans-voting round, to be held between January 28 and February 1, Juantorena faces Bulgaria’s Matey Kaziyski, his team mate with Trentino Diatec.

ALB: Studenti and Teuta to battle for...