CAN M: Sweet success for Canadians in China

Canadian national team captain Fred Winters arrived home after an unforgettable experience playing in the men’s professional volleyball league in China. The season culminated with an historic league title for his BAIC team. This and other volleyball news read on Worldofvolley.com. 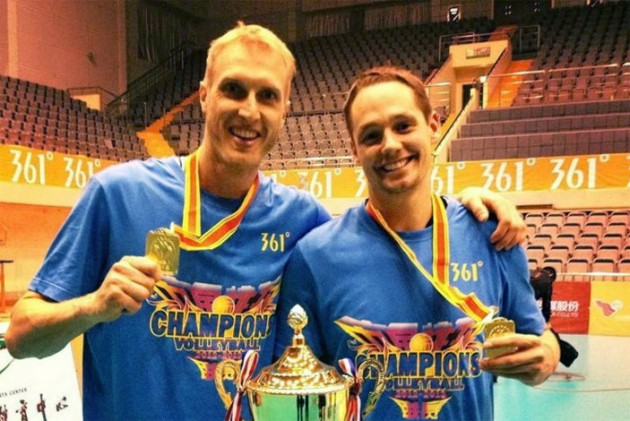 “It was a storybook finish for us,” said Winters, who’ll soon start training for Team Canada’s World League season which starts in late May.

Winters and Steve Brinkman were among the first three foreign players to compete in China’s men’s professional volleyball league this season. The pair signed this fall with BAIC Motors, a pro club based in Beijing. Also joining BAIC was Salvador Hidalgo of Cuba.

“It just took a good start in game two and we found our confidence,” said Winters. “I knew that they weren’t that much better than us. They just had extreme confidence which can go a long way.”

Bayi had lost in the finals for the last nine years.

“When they went up 1-0 on the road and were heading back home with a chance to win after losing for so many years I guess the moment just consumed them,” said Winters. “But we took it. Heartbreaking for them, storybook for us.”