A delegation from the FIVB have completed their inspection tour for the FIVB Under 20 Women’s World Championship in the city of Brno. The site visit was carried out by Mrs Howyda Mondy, CAVB Executive Director and Mr Slobodan Milosevic, FIVB Sports Events Council Technical Expert. 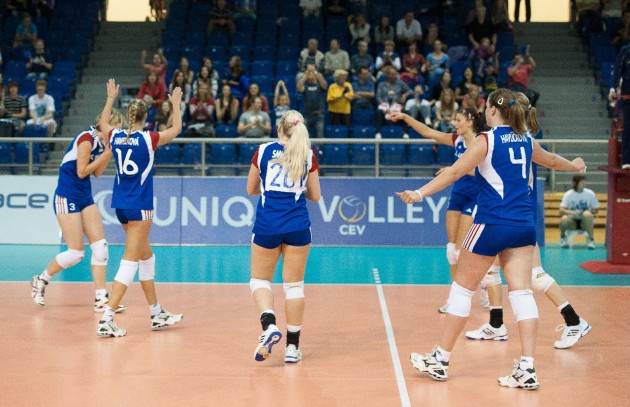 The delegation visited the competition hall – the Kajot arena – that is also an ice-hockey arena and a second competition hall, which has been used for age specific European Championships. The experts also inspected potential accommodation facilities for participants in the World Championship.

Czech Volleyball Federation (CVF) General Secretary, Mr Ivan Iro together with the CVF Vice-President, Mr Robert Urbanek were on hand to answer the delegation’s questions. Meetings were also held with sport hall manager, Mr. Michal Mekles and the person in charge of accommodation planning, Mr. Ondrej Dril. Mr. Richard Wiesner and Mr. Stepan Riha, representing the local organisers, explained the different locations and facilities on offer during the World Championships to the delegation.

At the end of the inspection tour the delegation expressed their satisfaction with the level of cooperation with the Czech Volleyball Federation and wished them every success in their endeavours.

The Under 20 Women’s World Championship will be held in Brno, Czech Republic from June 21 to 30, 2013. Brno is the administrative and cultural centre of the South Moravian Region of the Czech Republic and the country’s second largest city after Prague. This is the first edition of the Championship that will feature 20 teams.