The host cities for the FIVB Volleyball World League 2013 Intercontinental Round have been confirmed by the International Volleyball Federation on Thursday. The opening match of the competition will see Finland, who finished 13th last year, host Egypt at the Helsinki Ice Hall on Friday, May 31. 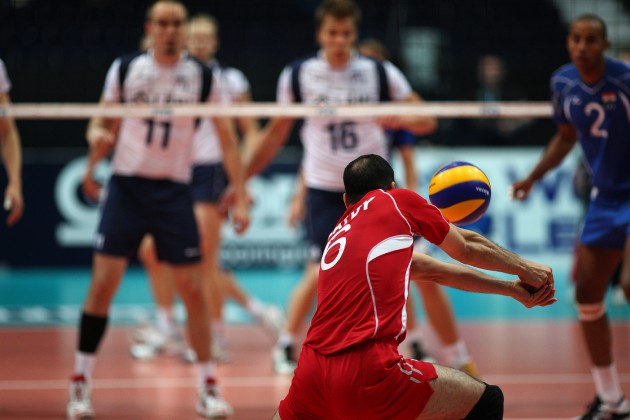 The opening match of the competition will see Finland, who finished 13th last year, host Egypt, who made their last World League appearance in 2010 finishing 14th, in a Pool C match at the Helsinki Ice Hall on Friday, May 31 at 15:30 (GMT). There are a total of six Pool C matches on the opening weekend from May 31 to June 2 with Canada hosting the Netherlands in Québec while Japan will visit Asian rivals Korea in a city still to be determined.

Week 2 will see all three pools in action with defending champions Poland taking on nine-time World League winners Brazil in the Torwar Hall in Walsaw and the Atlas Arena in Lodz on June 7 (18:15 GMT) and June 9 (18:15 GMT) in the key Pool A encounter while 2012 World League silver medallists USA host Argentina in Wichita, Kansas and France take on Bulgaria in Montbéliard and Metz.

The FIVB Volleyball World League Intercontinental Round runs from May 31 to July 14 with the World League Finals set to take place from July 16 to 21 at a venue still to be determined.

Pools A and B were determined using the serpentine system based on the world rankings as of August 13, 2012. Pool C features teams ranked as the next best four in the world rankings after the 12 teams in Pool A and B in addition to wildcards Japan and Egypt who were confirmed by the FIVB Executive Committee during its year end meeting in December 2012.

The top three world ranked teams in each pool will play three matches at home and two away with the bottom three world ranked teams playing twice at home and three times away. The customary World League format of two teams playing twice over the course of a weekend has returned after the 2012 edition experienced change due to the congested pre-Olympic Games calendar.