Hypo Tirol Volleyball started with a 3:0 victory at home in the quarter-final series against the newly formed hotVolleys. You can read all relevant news from volleyball world on Worldofvolley.com. 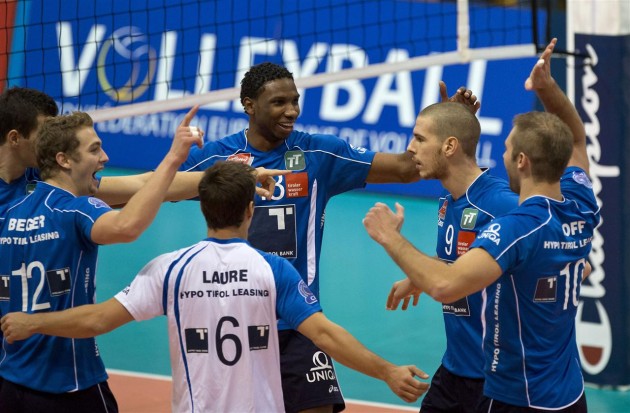 The reigning champion showed a concentrated and very good performance. A total of 18 block points of Tyrol are the result of an impressive service and a tactically efficient work in the block. The Tyrolean played once again without captain Daniel Gavan and striker Alex Berger.

Hypo Tirol head coach Stefan Chrtiansky: “We have acted tactically very good, served with a lot of pressure, thereby turn the game to our strength. It was important for us to win at home. But it is only 1-0 and we have to play in Vienna with the same focus, we expect a more serious game.“

“That was not a good game by us. Players did not meet expectations. We were nervous. I hope that the team will play better on Wednesday“, concluded hotVolleys sports director Darko Antunovic.