Canada scored a decisive 3-0 win over Portugal in Pool C of the World League on Friday. Gavin Schmitt was the top scorer. Glenn Hoag commented. WorldofVolley brings you the latest volleyball news. 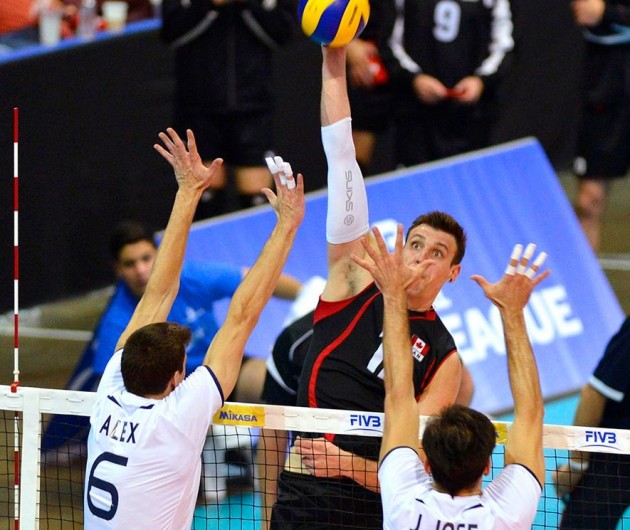 Canada came out strong, winning the first set by six points. Portugal started the second set determined to build momentum, but Canada responded by winning by six points once again. The confidence of the bigger Canadian team shone through in the third set, as they held the lead throughout to win by seven.

Glenn Hoag, Canadian coach, said: “I really enjoyed the fact that we were able to put more pressure than we did on Holland last week with our serving…. So we hope to repeat this performance tomorrow, that’s the important thing.“