Qatar won second round of the Asian qualifiers for the 2014 FIVB Men's Volleyball World Championship despite of defeat against Bahrain on Friday. This and other volleyball news read on Worldofvolley.com. 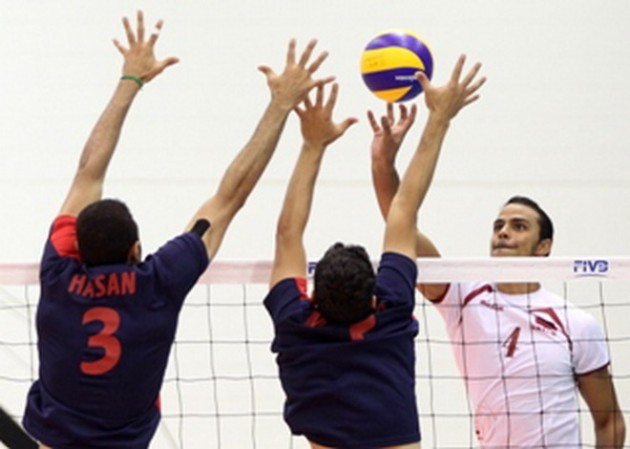 After the win on Wednesday in the opening match against UAE, Qatar guaranteed their place in the second round in the three-nation pool C qualifier held at Al-Arabi sports club.

It also did mark the end of the first phase of continental qualification, which is known as the Sub-Zonal round.

There are three pools in all for this stage. Pool ‘A’, being played in Beirut, features Iraq, Jordan and Lebanon. Pool ‘B’ includes Saudi Arabia, Yemen and host Kuwait.

Finaly six teams will move on to the second phase of Asian qualifying, known as the Zonal Round.

These six squads will all be categorised under the Western zone, with teams also coming from the Central Zone, Eastern Zone and South-eastern Zone.

Ten teams from this Zonal Round will then advance for the Final Round of the Asian qualifiers, which will feature a total of 16 teams.
Six of the squads are already known. They include Australia, Iran, China, Japan, South Korea and New Zealand. Only the top four teams at the end of the Final Round’s action will earn a berth in next year’s World Championship, which will be held in Poland.