PANAC W: Teams are ready for the second part of Movistar Women’s Pan Am Cup

The second part of the XII Movistar Women’s Pan American Volleyball Cup starts this friday with matches to be played in Lima and Callao. For more latest volleyball news visit worldofvolley.com 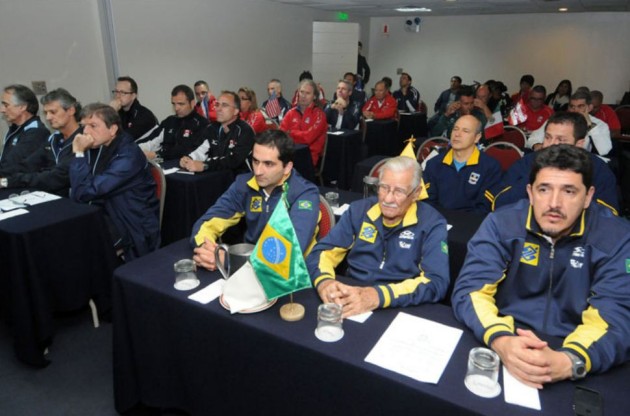 The general technical meeting previous to the second phase took place in Lima where the control and organizing committee members, delegates and coaches of the 12 competing teams attended.

All the procedures about the competitions as well as the protocols and training sessions to follow from this friday to sunday, when tournament finishes, were explained at the meeting directed by Pan American Volleyball Union and Norceca President, Cristobal Marte.

Luis Linares, President of the Peruvain Volleyball Federation welcomed all the attendants and expressed his satisfaction for “having the honor of hosting a Pan American Cup for the first time in South America,” He said.

That same opinion was shared by Rafael Lloreda, Vice President of the International Volleyball Federation and President of the South American Volleyball Confederation. On behalf of the FIVB and its President, Mr. Ary Graça, Lloreda remarked that “we are very delighted for the great sports lidership that accompanied the committees along with the teams.”

He also praised the event and remarked how important is the fact of having a South American country as host with Lima receiving a big competition. Matches of the quarterfinals as well as classification rounds will be played at the “Miguel Grau” and “Eduardo Dibos” Coliseums in Callao and Lima, respectively.