After Michal Peciakowski and Robert Szczerbaniuk another Polish decided to compete in the upcoming season in the Austrian league - Tomasz Dynkowski. Polish opposite has signed a one-year contract with his current team UVC Graz. 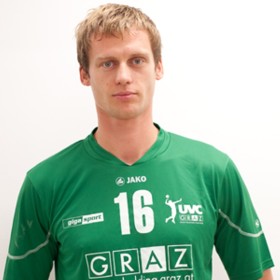 At the end of the Bundesliga season 2012/2013, which UVC Graz finished as fourth, Tomasz Dynkowski  considered to end his career. However, Polish colony in Austria will not be reduced, because he came to an agreement with the club and signed a 1 year contract with UVC Graz.

“I got an offer from our new manager Frederick Laure. After so many years of playing in total it would be hard for me to immediately put career to an end, so I signed a contract for the season 2013/2014,” Tomasz Dynkowski explained his decision.

One of the elements of an agreement before the finalization of the contract was to determine the conditions and the time the Polish will devote to training.

“I will be training twice a week in the hall, plus in the gym individually. In fact, I will be available to the coach only for matches in Graz,” added player.

Check out Dynkowski’s and Graz’s profile.

BRA M: No matches in “Maracanãzinho” at 2016 Olympics?