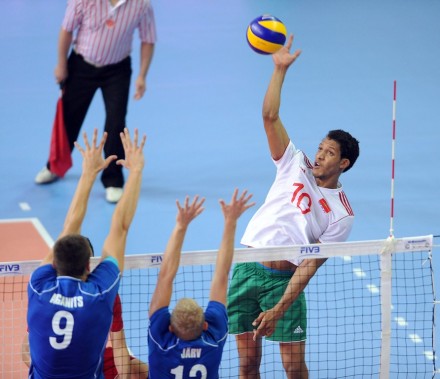 Morocco led twice in sets 1-0 and 2-1 as Estonia came back in the fourth set saving three set points before they won the tiebreak to collect 2 points at the beginning of the round robin tournament, while Morocco gained one point.

Estonia opposite spiker Renee Teppan was a key factor in the victory with his 22 points contributed during the match, coming as the match scorer, followed by Taavet Leppik who contributed 15 for his team.

Morocco’s outside hitter Zouhair El Graoui led the match scorers with impressive 34 points making over the best scoring performance in the competition so far, followed by Saad Elbekri 14 points.